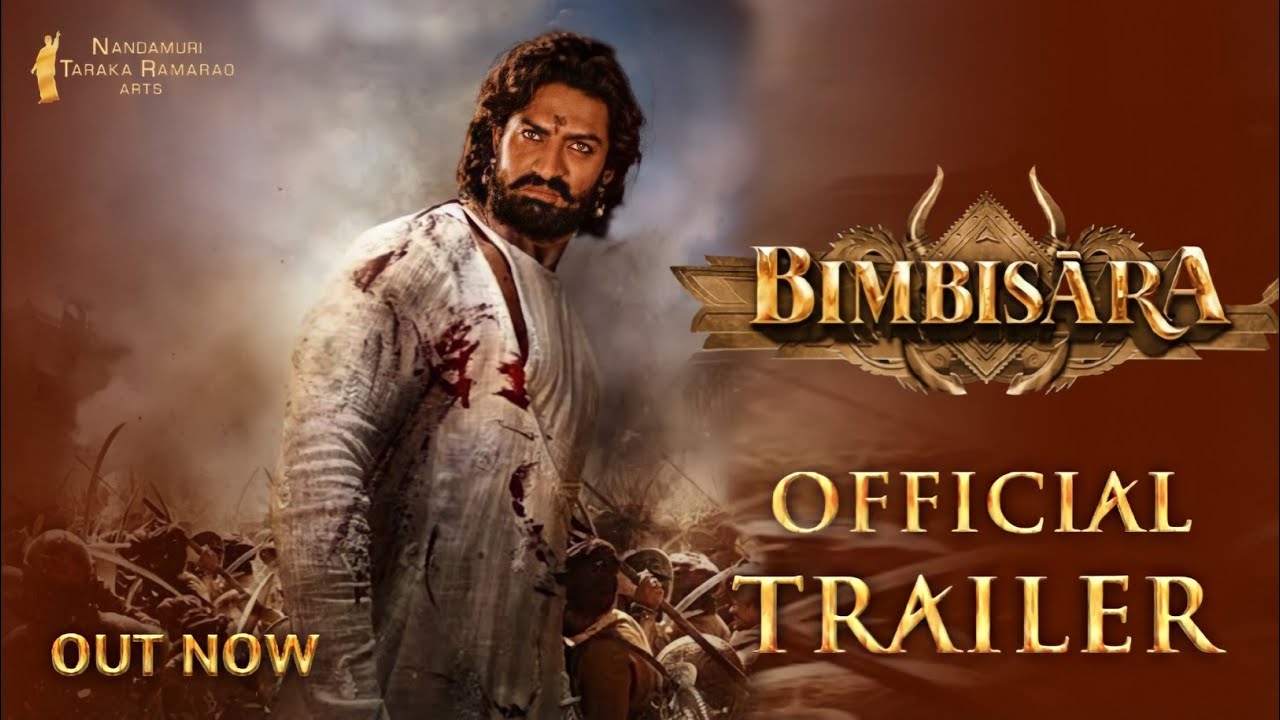 Telugu Film Industry is Kalyan Ram upcoming Telugu movie titled Bimbisara. Vashisht directed the Bimbisara action film. The film stars Nandamuri Kalyan Ram, Katherine Theresa, Samyuktha Menon, and Varina Hussain are in the main lead roles. The film music was composed by Chirantan Bhatt and the cinematography has given by Chhota K Naidu and the editor is Tammiraju. While the film has to produce by Harikrishna under the banner of NTR Arts.

On June 4th the trailer of Bimbisara movie released on Youtube from the NTR arts. Directed by Mallidi Vashist, the film stars Nandamuri Kalyan Ram in the lead role. The movie produced by Kalyan Ram’s NTR Arts and is scheduled to release on August 5.

The trailer shows the adventurous time travel of an evil king, Bimbisara, to the modern world. The story idea of the film itself is very exciting. Kalyan Ram gave perfect justification for the role of the king, Bimbisara. All the technical values look good, and the background score stands as the highlight among them. Also, the voice narration of the trailer is impressive. The makers of Bimbisara also announced the release date of the film along with the release of the trailer.

NTR Arts released the trailer of the Bimbisara movie. The trailer shows the elements of Bimbisara, a ruler of the Magadha Empire with an iron fist from the 5th century BC. Bimbisara has all the traits of a narcissistic. He heard saying at one point, I am the God and I’m the devil.

Emperor Bimbisara who seems to have ruled his lands with an iron fist. Bimbisara has all the tendencies of a megalomaniac as we hear him saying, I am the God and I’m the devil. But, the story is not just about a king who lived several hundred years ago. The movie also set in modern times. The king reincarnated as a suit-wearing rich man. Also, there is a deluded villain who nurtures the ambition of making the world bow at his feet.

Although the storyline does not revolve around just the king, it also has a parallel narration with modern times. The king lands in the modern world through time travel and experiences the new times as a suit-clad rich man. Nevertheless, such a story cannot be completed without a delusional antagonist, who aspired to make the world bow down at his feet and the film enjoys that.

On November 29th, the movie team grandly releases the Bimbisara movie teaser. The teaser is very thrilling. The concept looks attractive and catches everyone’s attention. The film is based on the 5th-century king of Magadha, a Haryana dynasty. Information that Kalyan Ram will be doing a double role. He is portrayed as a warrior who has to protect his kingdom, on the other hand, he appears as a modern young man fighting for society. The teaser got 9million views on Youtube and also get a good response from the audience.