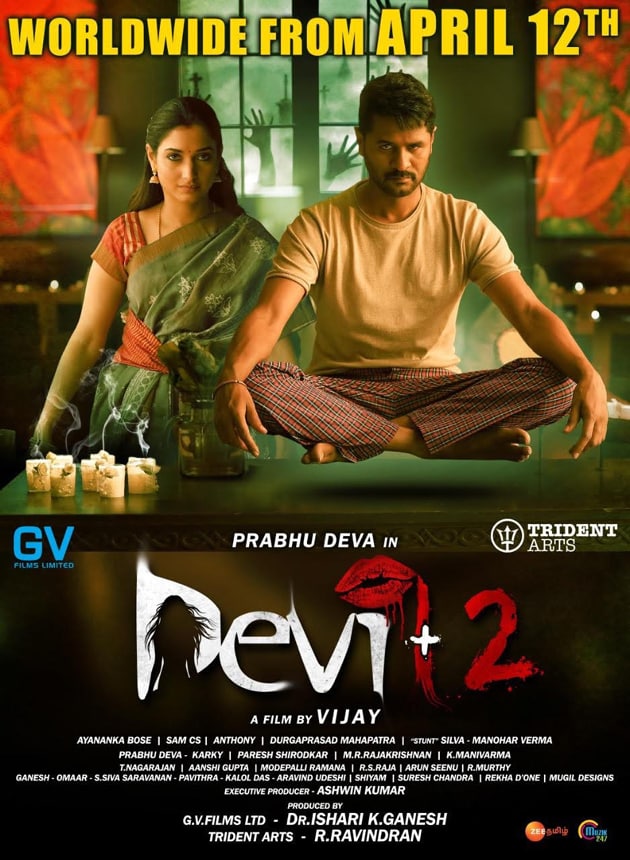 2016’s Devi was a successful Tamil movie. Whereas the movie featured Prabhu Deva and Tamanna in the lead role. Devi got so popular that it was later remade in 3 Languages. Recently, a lot of talk were going around Devi 2. Finally, we are here with Devi 2 Release date.

Devi 2 movie will get its release on April 12. Similarly to the first part, this movie will release in Tamil, Hindi, Telugu and Kannada Language. There’s no detail about Kannada release, but if it does, then it will be called Abhinitri 2.

As of now, only the release date for the movie has confirmed. We are not sure about the other actors and crew of this movie. Whereas the official trailer for Devi 2 is expected to be around March end.

As of now, the only confirmation we have is that the movie is directed by Vijay. Apart from that, we will see Prabhu Deva and Tamanna in the lead role. The post of the movie portrays that this is going to be a comedy horror movie.

Now, the big question is, will Devi 2 be as great as its first Part? Or will see more humor in Devi 2? We will get to know the details about the movie, once the trailer is out. Till then tune to Movie-Rater to get regular update about latest movies. If you have more information about the movie, you can share with us in the comment below.