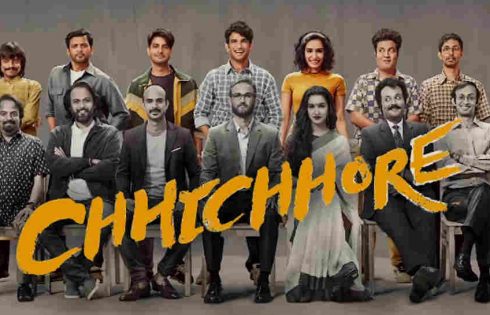 Satellite Shankar is the latest Bollywood action drama film written and directed by Irfan Kamal. Starring Sooraj Pancholi and Megha Akash in the lead role. T-Series and Cine 1 Studios are the production house of this film. Satellite Shankar is based on the life of Indian soldiers, tells a story of the adventures of an Indian soldier. This movie is loaded with full of geek stuff. If you are a geek guy then you will definitely like this movie.

Chhichhore is a Bollywood romantic comedy-drama film directed by Nitesh Tiwari and produced by Sajid Nadiadwala under the banner of Nadiadwala Grandson Entertainment. Starring Sushant Singh Rajput, Shraddha Kapoor, Varun Sharma, and Prateik Babbar in the lead roles. The story is about the lives of seven friends from 1992 to the present day.