Below in this Article, List Of Top Malayalam Romantic Movies of 2018 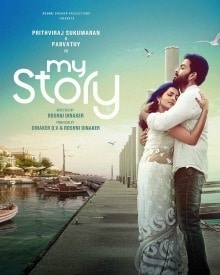 Hey Jude is Nivin Pauly’s 2018 romantic movie directed by Shyamaprasad. In the movie revolves around two main characters of the movie. One is names as Jude and another is Crystal. As they meet more often they get attracted and fall in love with each other. What happens next is how they self discover their true form unfolded to any restriction.

On the other hand, the movie is made with an approximate budget of 8 Cr and had grossed around 33 Cr in the Box office. Also, have received 7/10 in IMDB scores.

Poomaram is one of the most inspiring drama, young age love, Malayalam movie released in 2018. This movie is directed by Abrid Shine, whereas Kalidas Jayaram is playing the lead character in the movie. The story of the movie revolves around a big competition in MGM college. Now, how the students try to be at their best is what the movie all about.

Also, the director of the movie tries to bring the fact of how college students can be a big change. Also, the movie talks about unity. Overall, Poomaram has received a good response from the audience. As there were no big faces in the movie, then to the movie had managed to make around 3 Cr in the Box Office.

My Story is one of the most successful Malayalam love drama movie featuring  Prithviraj Sukumaran and Parvathy in the pivot role. This movie is about Jay, who is a big movie star and falls in love with Tara, who was supposed to get married to a business many.

In fact, the destiny plans to make them meet again after twenty years, where Jay is still in love with her Tara. Now, how Jay and Tara plan to take this relation further is what the entire movie is all about. The movie was made with a budget of 7 Cr (ext) and had managed to gross more than 18 Cr in the Box office, declaring it a super hit movie.

Varathan is a unique concept to the Romantic movie cinema. This is a Malayalam movie released in 2018. This movie is directed by Amal Neerad and in the lead roles you will find, Fahadh Faasil and Aishwarya Lekshmi.

Everything was fine in their life when Aishwarya goes through miscarriage and Fahadh loses his job. Noth of them plans to shift to Kerala to have a peaceful life. But, their life in Kerala is Jinksed by more trouble. Not only that, this movie was loved by the audience and had managed to gross more than 33 Cr in the box office. On the other hand, the movie is made with a budget of ext. 10 Cr which mean the movie is a super hit movie.

Directed by Sooraj Thomas, Ente Mezhuthiri Athazhangal is romantic drama Malayalam movie released on 27 July 2018. Anoop Menon and Miya are playing the lead role, where Anoop is shown as a known crook who plans to add am authentic Indian cuisine. During his trip to Paris, he meets Miya and falls in love with her cooking. This is how they manage to meet and how Anoop tries to impress her worth watching.