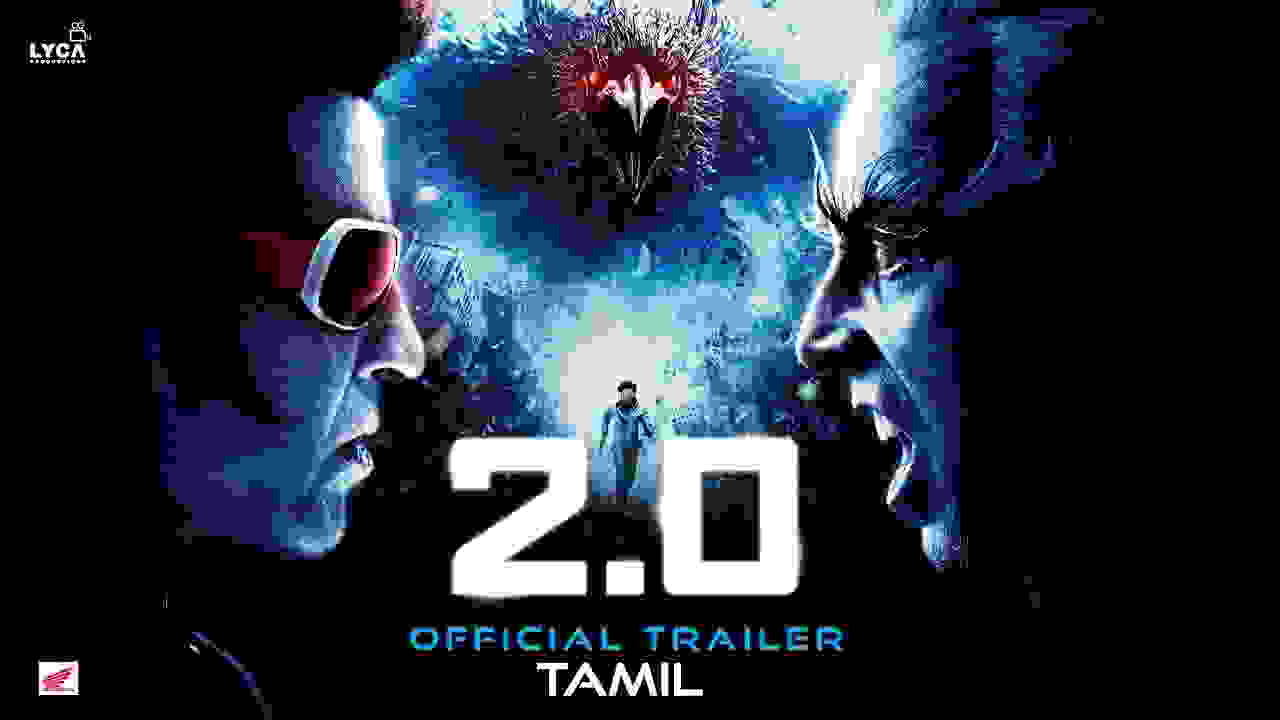 2.0 is an Indian Tamil science fiction movie directed and written by S. Shankar while Produced by A. Subaskaran. Rajinikanth, Akshay Kumar, and Sudhanshu Pandey playing the lead roles in the movie. The music is composed by A. R. Rahman & Qutub E Kripa while cinematography is created by Nirav Shah and edited by Anthony. The released date of the film is 29 November 2018. This Tamil movie grossed over 800 Crore on the budget of 543 Crore.

Kaala is a Tamil movie released on 7 June 2018 which was directed by Pa. Ranjith. The movie is produced by Dhanush while written by Pa.Ranjith, Aadhavan Dheetchanya, and Makizhnan B. M. In the movie, Rajinikanth, Nana Patekar, Easwari Rao, Samuthirakani and Huma Qureshi were starring. The music of the movie is created by Santosh Narayanan while cinematography is done by Murali G. and edited by A. Sreekar Prasad. Kaala crossed 159.56 crores over the 140crore budgets.

The film, “Vada Chennai” is a Tamil 2018 action movie. Vada Chennai is directed by Vetrimaaran as well as written with Naren Siddharth. Producer of the movie is Dhanush who also starring the film with Ameer, Aishwarya Rajesh, & Andrea Jeremiah. The music of the film is composed by Santosh Narayanan while Velraj created the cinematography. The production company of the film is Wunderbar Films. The released date of the film is 17 October 2018.

Imaikkaa Nodigal is an Indian Tamil movie starring by Nayanthara, Atharvaa, Raashi Khanna and Anurag Kashyap. Also, the movie is directed by R. Ajay Gnanamuthu. The producer of the movie is C. J. Jayakumar and writer was Pattukottai Prabakar. In the movie, music is created by Hiphop Tamizha while cinematography is composed by R. D. Rajasekhar, and edited by Bhuvan Srinivasan. Imaikkaa Nodigal is released on 30 August 2018.

Ratsasan is a Tamil movie directed by Ram Kumar as well as written the movie. Also, the movie is produced by G. Dilli Babu & R. Sridhar. Vishnu Vishal & Amala Paul are the stars who lead the roles of the movie. Ghibran composed the music, P. V. Sankar created the cinematography and San Lokesh edited the film. On 5 October 2018, this film is released with 145 minutes of running time.