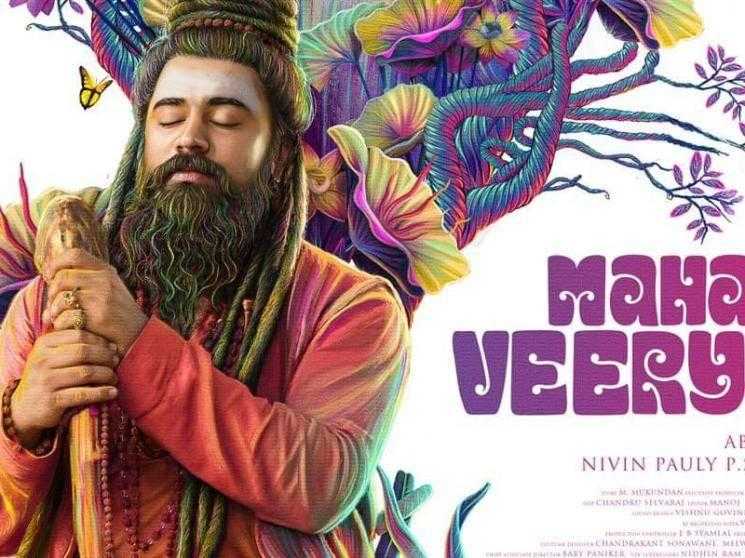 Mahaveeryar is a 2022 Malayalam drama movie, directed by Abrid Shine. The movie stars Nivin Pauly and Asif Ali in the lead roles. The 2.27 minutes long official trailer of Mahaveeryar hints that the Abrid Shine directorial is a fantasy film. Nivin Pauly appears as a saint in the film, while Asif Ali is seen in the role of a man who belongs to a forgotten kingdom. The movie alos stars Shanvi Srivastava, Lal, Siddique, Krishna Prasad and Lalu Alex in the lead roles. The movie scheduled to release on 21st July 2022. Here get the details about Mahaveeryar movie news and updates.

The trailer of Nivin Pauly’s fantasy drama Mahaveeryar is out. Going by the over two-minute-long trailer, the Abrid Shine directorial seems to have elements from disparate genres. The trailer opens in a courtroom where it seems a case is being fought against a godman (played by Nivin Pauly), who is trying to prove his case by giving evidence of God’s existence. We also get to see visuals of a bygone era of kings.

Mahaveeryar also features actors, including Lalu Alex, Asif Ali, Siddique, and Shanvi Srivastava in pivotal roles. The story said to be adapted from a tale written by the award-winning author M Mukundan. While it is the first time Shine is opting for a fantasy drama, the project will mark the director’s third collaboration with Pauly. Meanwhile, the actor’s previous outing in the Malayalam industry was the comedy-entertainer Kanakam Kaamini Kalaham. Pauly also has several other movies such as Padavettu, Shekhara Varma Rajavu, and Gangster of Mundanmala in the pipeline.

As Pauly shared the poster of Mahaveeryar, fans expressed excitement to witness another blockbuster from the actor. However, many interested in knowing about the release of Thuramukham. Directed by Rajeev Ravi, Pauly-starrer Thuramukham supposed to be out in the theatres on June 10. However, no update regarding its release shared by the makers.

The music and background music of the movie Maha Veeryar composed by Ishaan Chhabra and the sound design and final mix done by Vishnu Govind and Sree Sankar. The lyrics of the movie penned by BK Harinarayanan and Assanu Anna Augustine. The first song “Radhe Radhe” of the movie released on 15th April 2022. The song sung by Vidhyadharan Master and Jeevan Padmakumar and the lyrics penned by BK Hari Narayanan. The second song Varaanaaville full of the evergreen charm of waiting and love from Mahaveeryar is out on 2nd July 2022. Assanu Anna Augustine penned the lyrics and the song sung by Anwesshaa. The strings played by Budapest Scoring Orchestra and Péter Illényi is the conductor.