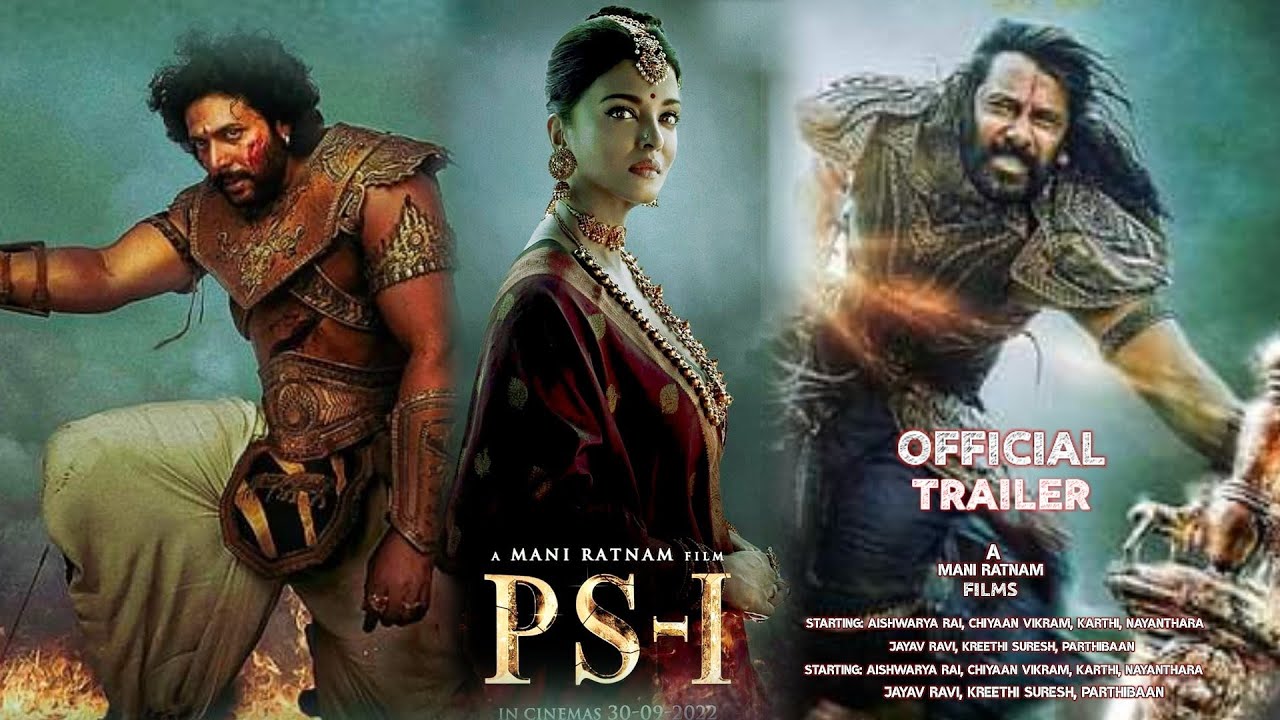 Ponniyin Selvan Part 1 aka PS1 is a Multi lingual Epic periodic drama movie. Mani Ratnam is the director and writer of the movie along with Elango Kumaravel. Aishwarya Rai Bachchan, Vikram, Jayam Ravi, Karthi, Trisha, Aishwarya Lekshmi, Sarath Kumar, Vikram Prabhu, Sobhita Dhulipala, Jayaram, Prabhu, Parthiban, and Prakash Raj are playing the roles of this movie. The producers are Mani Ratnam and Allirajah Subaskaran under the Madras Talkies and Lyca Productions. Ravi Varman is the cinematographer of this movie while edited by A. Sreekar Prasad. A. R. Rahman is composing the music for this epic movie. The budget of the movie is Rs. 500 Cr. The first part of Ponniyin Selvan’s movie scheduled to release on 30th September 2022. Here get the details about Ponniyin Selvan 1 movie news and updates.

The makers of Mani Ratnam’s upcoming directorial Ponniyin Selvan Part 1 movie have released the film’s new poster featuring actor Vikram. The actor will play the role of Prince Aditya Karikalan in the movie. This is the second poster of the film featuring the actor. South superstar Vikram will be seen playing the role of Chola Crown Prince in the forthcoming Ponniyin Selvan Part-1, helmed by Mani Ratnam, the first look poster for his royal avatar is out.

Karthi features as Vanthiyathevan, a fearless commander of the Chola army, who finds a prominent role in Kalki’s Ponniyin Selvan, on which the film is based on. In the poster, Karthi seen riding a horse, suited in armor, as he looks sideways, smiling.

This is the first period epic that Mani Ratnam is helming in a career spanning 40 years and the expectations from the film are sky-high. It is based on the popular Tamil novel Ponniyin Selvan by eminent writer Kalki. The story revolves around the early life of prince Arulmozhi Varman was went on to known as Raja Raja Cholan. The story is in the 10th century during a tumultuous time in the Chola Empire when the power struggle between different branches of the ruling family caused violent rifts between the potential successors to the reigning emperor.

The film, the first part of which is set to hit screens on September 30 this year, will release in five languages – Tamil, Telugu, Malayalam, Kannada, and Hindi. The film is based on the classic Tamil novel Ponniyin Selvan by eminent writer Kalki.