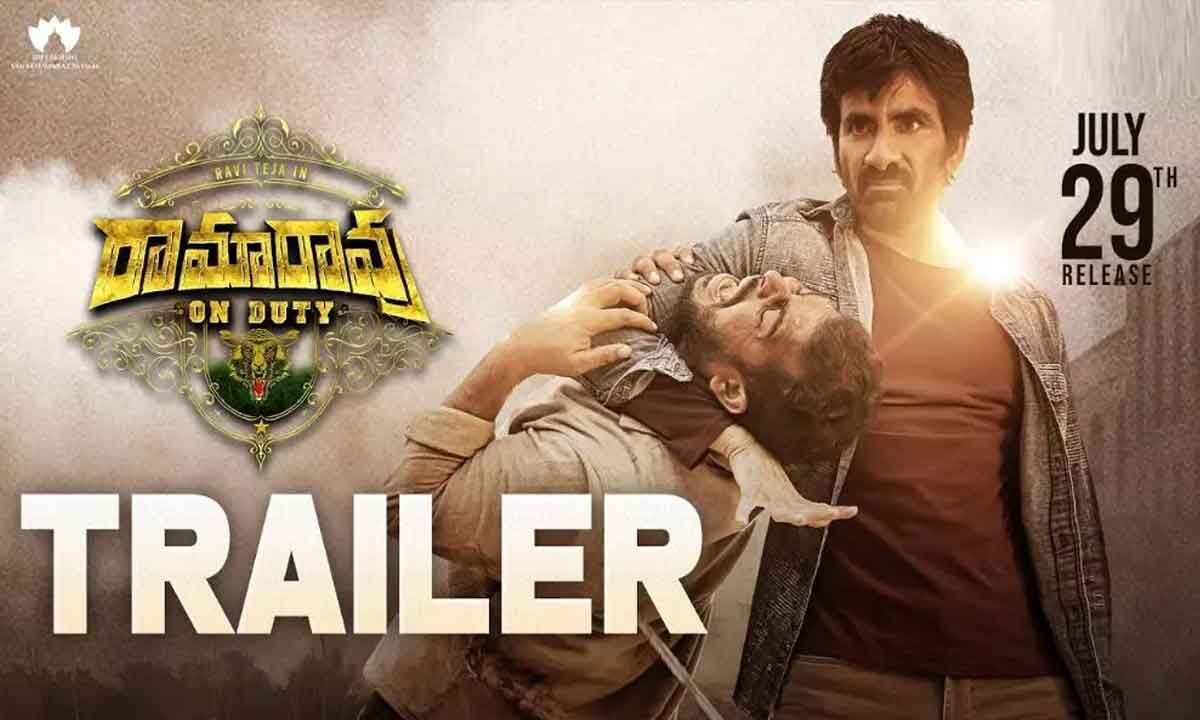 On 16th July The trailer of Ramarao On Duty movie released on Youtube. There are family emotions, drama, and thrilling elements as well. There is a dialogue in the trailer, he looks tricky, which defines Ravi Teja’s unpredictable character. Technically too the trailer looks sound with brilliant cinematography from Sathyan Sooryan, terrific BGM from Sam CS, and sharp editing from Praveen KL.

This trailer is impressive with interesting scenes starting with the dialogue. Ravi Teja portrayed an energetic entry and increased the excitement for the film. I have done my duty to provide justice as per the laws of a government. From now on as Rama Rao, I will do my duty for Dharma, this dialogue shows how strong his role is going to be in the movie. Similarly, the romantic scenes of the film are also highlighted in the video.

Rama Rao is a dedicated cop who always tries to carry out his duty loyally and impartially, though his love for his wife might stand in the way. The movie based on true events. It has Ravi Teja essaying the role of a Mandal Revenue Officer (MRO). The film marks Venu Thottempudi’s return to the big screen after several years. He looks at a powerful police officer.

Naa Peru Seesa Lyrical video Song from RamaRao On Duty Movie. This song is sung by Shreya Ghoshal & sam CS and Music composed by Sam CS. Chandrabose gives the lyrics for this special song. On May 7th, 2022 Lahari Music released the second song from Ramarao On Duty on Youtube. Sam CS composing the music for this beat Sotta Buggallo. Haripriya and Nakul Abhyankar added their voice to this melody. Kalyan Chakravarthy is writing the lyrics. The first lyrical video uploaded in April is this movie on Youtube. The title of the song is Bul Bul Tarang, this song is also sung by Sid Sriram. Sid Sriram singing is a special advantage for this track.