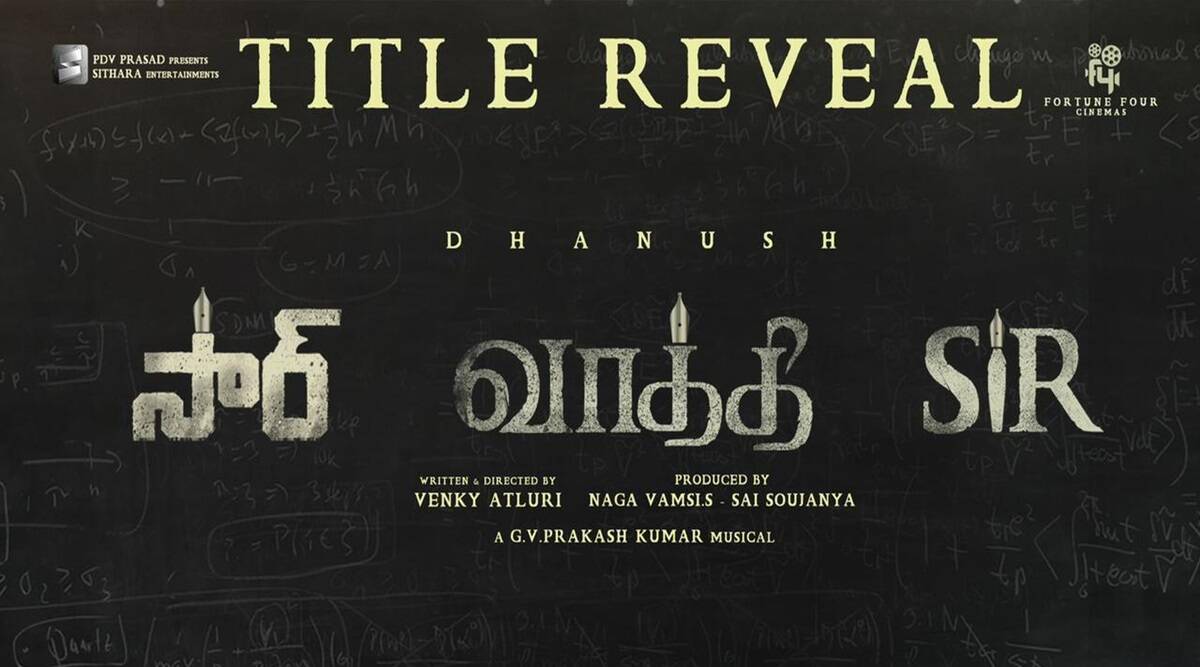 Sir is a Telugu language Romantic action drama movie, directed by Venky Atluri. Dhanush, and Samyuktha Menon are playing lead roles. Sir movie is Dhanush’s debut Telugu movie. Samyuktha Memon, who is acted in Bheemla Nayak movie as Rana’s partner. Sai Kumar, Tanikella Bharani, and many others are playing supporting roles. The music composed by G. V. Prakash Kumar, the cinematography done by Dinesh Krishnan while edited by Navin Nooli. The movie is producers are Naga Vamsi S and Sai Soujanya under Sithara Entertainments and Fortune Four Cinemas. The movie scheduled to release on 14th August 2022. Here get the details about Sir Movie News and Updates.

The movie launch marked by a customary pooja in the presence of actors Dhanush, Samyuktha Menon, and the film’s director Venky Atluri. Director Trivikram Srinivas was the chief guest at the pooja ceremony. He gave the first clap, signaling the beginning of the production. Simultaneously the movie shooting in Tamil also and the title is Vaathi.

The Movie title is motion poster is here, the title is Sir Movie in Tamil Vaathi. However, if you look closer, you may notice that Dhanush’s tailored trousers and short sleeves folded at the biceps tell a different story. The fashion sense of the character doesn’t belong to 2022. The getup reminds us of Kamal Haasan’s fashion choices in movies like Nayakan and Hey Ram.

Dhanush is gearing up for the shoot of the untitled movie, which will be his 47th film. The filming for the movie is all set to start in May 2022. The movie is being produced by Sathya Jyothi Films, which has previously produced Maran, which had also starred Dhanush. Sources say that this gangster movie is going to be much more violent than Arun’s debut movie Rocky. Both Matheswaran and Dhanush tweeted about this movie earlier.

Meanwhile, Dhanush is looking forward to the release of the Netflix film The Gray Man soon. Directed by the Russo Brothers, The Gray Man marks the international debut of Dhanush. He will be seen in a key role in the film.