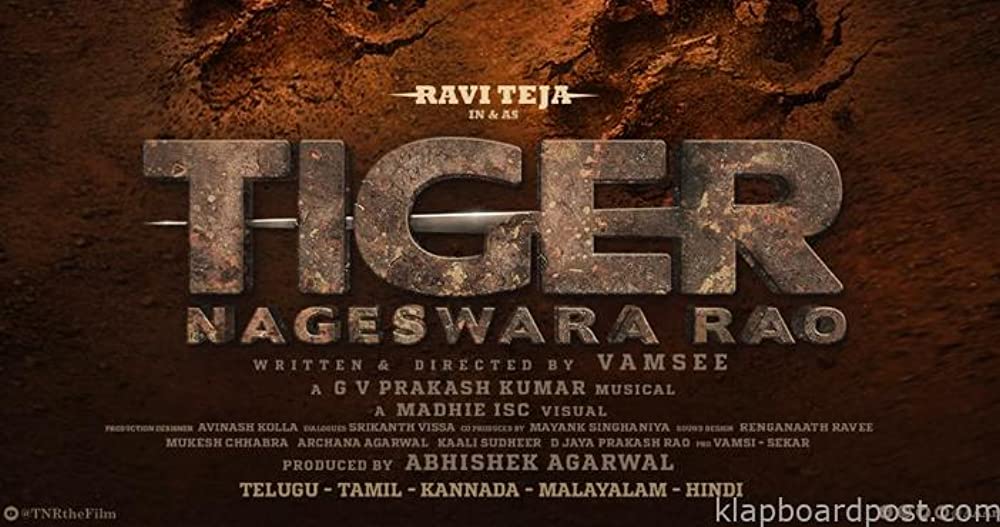 Tiger Nageswara Rao is an upcoming Indian action thriller movie. Vakkantham Vamsee is the story and director of the movie. Ravi Teja and Nupur Sanon are playing the lead roles. The music composed by G V Prakash Kumar while the cinematography done by Madhie ISC. Abhishek Agarwal is the producer under the Abhishek Agarwal Arts banner. R Madhie ISC is the cinematographer of the movie. The movie scheduled to release on 14th November 2022. Here get the details about Tiger Nageswara Rao Movie News and Updates.

Tiger Nageswara Rao has its grand launching event on Telugu New Year Ugadi April 2 in Novatel at HICC, Madhapur, Hyderabad, as reported. Megastar attended the special guest for this event. The movie’s pre-look launched at 12:06 p.m. on April 2. Touted to be a real story from the 1970s related to a notorious region called Stuartpuram in Andhra Pradesh, this movie said to have multiple layers with an interesting narrative.

If sources in the industry believed, a massive set was constructed for the shooting of Tiger Nageswara Rao. Sources say production designer Avinash Kolla, who has previously worked on several superhit films like Mahanati, Jersey, Evaru, and Shyam Singha Roy, is currently overseeing the construction of a massive set depicting Stuartpuram in the seventies. The set, worth around 7 crores, constructed near Shamshabad on five acres of land.

After successfully completing the first schedule of #TigerNageswaraRao, producer @AbhishekOfficl and director @DirVamsee visited Srisailam and took the blessings of Mallikarjuna Swamy.