Top Gujarati Movies Of 2019 – Movies You Should Not Miss

Below in this Article, Top Gujarati Movies Of 2019 – Movies You Should Not Miss 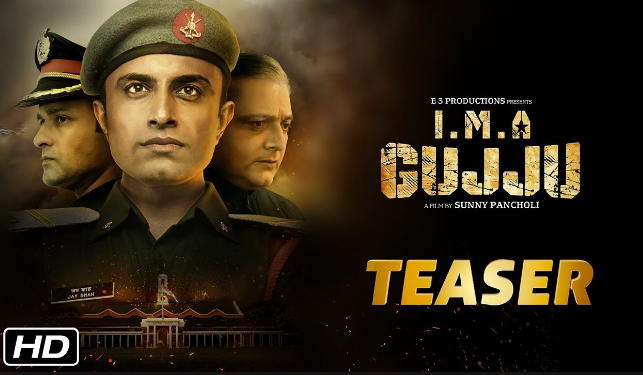 Here you will find the list of top Gujarati movie released in 2019.

The film “Chaal Jeevi Laiye” is an Indian film in Gujarati language 2019 which was directed by Vipul Mehta. The film is produced by Rashmin Majithia and music is composed by Sachin Jigar.In the movie Partik Parmar create Cinematography. Coconut Motion Picture is the production company. The running time of the movie is about 2 hours 17 minutes. The movie cross 31 Cr in Box office.

Order Order Out of Order

The film “Order Order Out of Order” is a Gujarati film in Gujarati language 2019 which was produced by Shyam Khandhedia & Rahul Savani. The film is directed by Dhwani Gautam. The writer of the movie is Vipul Sharma, Dhwani Gautam & Shyam Khandhedia. Spark Films & Company is the production company of the film. In the movie, for 2 hours 14 minutes is playing time.

Short Circuit is a Science Fiction 2019 movie of Indian Gujarati Film. This movie is Comedy-drama which was directed by Faisal Hashmi and produces by Twilight Production. The Writer of the movie was Faisal Hashmi, Bhargav Purohit & Mohsin Chavada.In this film Music is composed by Mehul Surti and cinematography were composed by Jeremy Reagan. The movie playing time is 2 hours and 6 minutes. The budget of the film is 1.5Cr and it was crossed 2.5 Cr in Box office.

Baap Re Baap is a 2019 Gujarati comedy film. Rajeev Mehta is starring the film along with Tej Joshi as the lead. The film is produced by Parth Banugaria, Sachin Rathod as well as Patang films and directed by Sagar Kalaria. The playing time is 120 minutes. The released date of the film is 18 January 2019 and has done quite great with the audience, One of the Top Gujarati Movies 2019.

Bau Na Vichaar is a comedy-drama Gujarati movie featuring Bhatt Bhushan, Janki Bodiwala, and Sonali Lele Desai in the lead roles. The movie is about Varun who gets selected in a reality show and have an idea to pitch his business idea. The way it involves his parents and his business partner in trouble is what the movie all about. Overal, Bau Na Vichaar  is a movie worth watching.