Dipawali, the festival of lights is a special day for everyone across India. This festival symbolizes the victory of light over darkness & during this festival, you will see house, offices, temples decorated with lights and rangoli. During this festival, we see a lot of movies releasing & one of the reasons behind this is that every office has a holiday during this time.

Reports say that during Diwali people plan to watch a lot of movies with their family. Even the Telugu industry releases a lot of movies during this festival & here we are with the list of Upcoming New Telugu Movies release Diwali 2018.

Savyasachi is an upcoming new movie starring Naga Chaitanya and Nidhi Aggarwal are the lead roles in this movie directed by Chandoo Mondeti. This movie is produced by Naveen Yerneni, C.V. Mohan, Y. Ravi Shankar, it will come under the Mythri Movie Makers and M.M. Keeravani gives the wonderful Music to this film. Savyasachi is planned for a release during the week of the Diwali festival, on 2nd November.

Savyasachi Storyline is  A twin brother of the protagonist is absorbed because of Vanishing Twin Syndrome and controls his left hand. When his existence is threatened, the twin brother that never existed protects him like a protect.

Idam Jagath is an upcoming Action-thriller film directed by Anil Srikantam and jointly produced by Jonnalagadda Padmavati and Gangapatnam Sridhar while Sricharan Pakala scored music for this movie.

The trailer of the movie had been released by the YS Jagan Mohan Reddy who’s the YSR Congress Party chief and the best friend of Sumanth. The makers of the film stated that the function of the actor has few negative shades and it’ll be one of the major assets for the movie.

While the director Anil Srikantam has not introduced everywhere that the film is an official remake of the Hollywood hit thriller mystery film, ‘Nightcrawler’, it is hard to ignore the similarities. In reality, the trailer of the movie sees many reproduced scenes of the movie. Idam Jagath is planned for a release during the week of the Diwali festival, on 9th November 2018. 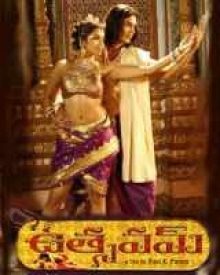 Utsavam is an upcoming Fantasy movie it is Directed by Ravi K Patwav, and producer is Y Somasekhar Reddy, Vaishnav Deva is a music director, Vikram Kumar, Monalisa, leads a Major role in this film, other starring is Sudesh Berry, Tripta Chopra. Utsavam is planned for a release during the week of the Diwali festival, on November 6th, 2018

Mudra is an upcoming Action-thriller Movie directed by Santhosh T N produced by Rajkumar Akella. Nikhil Siddharth and Lavanya Tripathi are leading the major Roles and other some actors in this film.

The movie has journalism in its backdrop and showcases how the media performs an important function in solving issues related to society. Mudra is planned for a release during the week of the Diwali festival, on 8th November in India.

Chowrasta is a romance movie is directed and produced by Yuvaraj. It comes under the Yuvaraj Production Company, Music is directed by Bhole Savali, Starring by Raja, Shruti, Soumya are the lead roles in this movie. Chowrasta is planned for a release during the week of the Diwali festival, on 5th November.

Ratham Movie is a Romantic entertainer directed by Kanuri Chandrashekar and produced by Raja Darapuneni and Music directed by Pammi Sukumar. Starring by Geetanand and Chandni Bhagwanani are the lead roles in this movie. Ratham is planned for a release during the Diwali festival, on 13th November