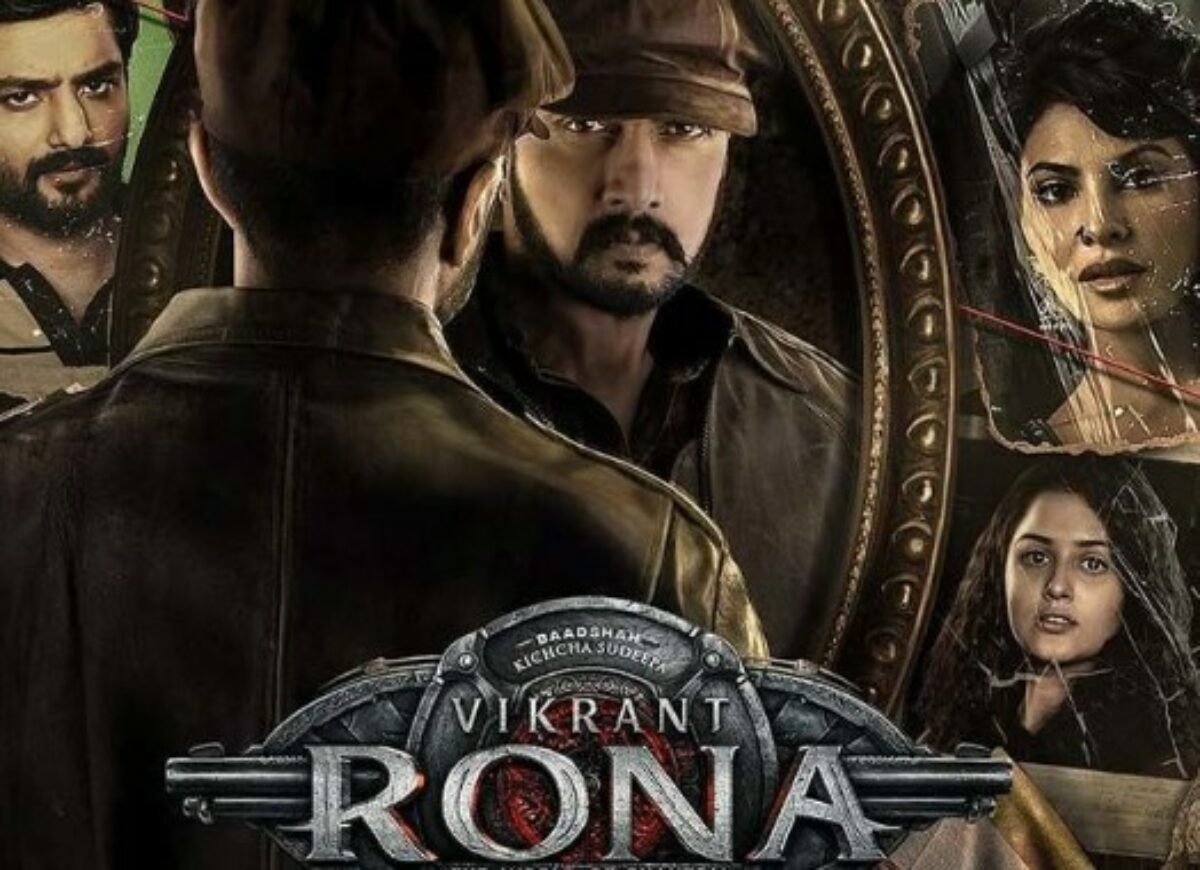 The makers of Vikrant Rona released a special screening of the trailer for the media earlier in the day. And the promo seems to have made quite an impression on those who saw it in the 3D format.

According to the trailer, Vikrant Rona movie has a strong comic-book flair. The promo begins in a very conventional way, with a female narrator introducing a mysterious land, surrounded by sea. The land located beyond the mountains and amid a dense forest seems to be one of the wettest places on the earth. The seemingly never-stopping rain adds to the mysterious atmosphere bathed in gloomy blue. The film seems to revolve around three things the fear of people who inhabit the mysterious land, a sinister secret and a phantom, who seems to enjoy the status of a legend.

As Kiccha Sudeep’s much anticipated pan-Indian Vikrant Rona movie nearing grand release very soon, promotions have begun. After Hyderabad and Chennai, the actor reached Hyderabad to promote the film along with Akhil Akkineni and Ram Gopal Varma as chief guests for the event. The Kannada star will interact with the media about the film.

While Akhil looked dapper in a white shirt and beige cargo pants, Sudeep kept it casual in jeans and a jacket for the event. The trio, Akhil, Sudeep, and RGV also posed for cameras at the promotional event. The much-anticipated film will be release in 14 languages. Besides the major Indian languages, the film will also be out in foreign languages. The film will hit theatres in 3D on July 28.